Bonus Roll (Formerly Warcraft Radio) is Gaming’s FIRST live stream, bringing content, updates, and entertainment to casual and hardcore fans alike. Many of our content creators have been a part of the Gaming Community since our origins in 2004, and their dedication to the community has never waned. We are passionate gamers who simply want to share our love of games with you through podcasts, livestreams, and original content. Our goal is to ensure that no fan adventures alone.

Warcraft Radio is invited to the very first BlizzCon as the official video live stream partner, providing live-streamed video interviews and commentary of the inaugural event. As DirectTV launches the BlizzCon Virtual Ticket in 2007, Warcraft Radio pivoted to providing an audio-only stream through 2009.
2005
2006

Changing of the Guard

Warcraft Radio continued to grow and added new shows such as Octale & Hordak vs. The World, [EPIC], Downtime Downunder, and more.

Athalus broadcasted the final episode of SNWA in March, announcing he was leaving WCR to accept a job at Blizzard Entertainment. John “Totalbiscuit” Bain (The Cynical Brit) took the reins as leader of the station.

A 24/7 streaming radio format was introduced. This idea was relatively new for gaming audiences in late 2007, and allowed international listeners the ability to discover more radio content on Warcraft Radio.
2006
2007

2007 Saw this largest growth in listenership as well as new shows and personalties joining the station. Most notable include Titan, MaxSpeed, Casually Hardcore, and Warcraft Anonymous.

A multi-year partnership with the largest news and information source WoW Insider was created resulting in a new podcast : The WoW Insider Show
2007
2008 & 2009

Interest in World of Warcraft began to decline from some of the long standing podcasts, and many creators were starting to think about the future.

The station continued to operate smoothly during these years and new shows made their debuts including But Wait! There's Lore, Essence of RP, & The Donut Shop.
2008 & 2009
2010

With many creators expressing interest in moving away from World of Warcraft specific content, Athalus and Totalbiscuit came together for one last live stream on the Original Warcraft Radio platform, together they sent thousands of listeners off to their new destinations as the station went dark.

The closing of Warcraft Radio saw many of the shows and creators move on to three new media platforms. The Cynical Brit, Original Media For Gamers (OMFG.fm) and Versus the World Productions.
2010

Warcraft Radio returned in August to coincide with the launch of World of Warcraft: Classic and the release of an interview by Athalus with Dives (50 DKP Minus). New shows, as well as some revivals, were launched under the Warcraft Radio banner.

A group of team members attended BlizzCon 2019 in October for live event coverage broadcasted via Twitch. While the Virtual Ticket broadcasted panels, the WCR crew covered the convention floor with attention to community events and interviews with well-known community members.

Team members also covered a sneak peek of the upcoming Shadowlands expansion both onsite and virtually. Athalus and Kexman conducted an onsite interview with John Hight and Johnny Cash about Shadowlands. The first of many high profile interviews from Warcraft Radio.
2019
2020

Off to the Races

Coverage of Race to World First 8.3: Visions of Nzoth and 9.0 Castle Nathria occurred, and Warcraft Radio provided summary coverage of the event, including daily recap videos explaining the events of the day with analysis, boss and top 8 guild trackers, and tweets announcing boss kills.

Rho of the Realm Maintenance, Rolling Restart, and Hearthcasual podcasts joined WCR, bringing his podcast directory over to Warcraft Radio. The Blizzard Podcast Directory launched as an integral part of Warcraft Radio.

Over the year, team members from our shows sat down with various developers, producers, and writers from Blizzard Entertainment inlcuding John Staats, Ion Hazzikostas, and Patrick Dawson.
2020
2021

Warcraft Radio provided coverage for BlizzConline after the cancellation of October’s in-person BlizzCon and all Blizzard-related events for the year.

The Race to World First 9.1: Sanctum of Domination kicked off, and Warcraft Radio again provided daily recaps. Additionally in 2021 the station had interviews with Holly Longdale, Patrick Dawson, Morgan Day, and Steve Danuser.

Immediately after the RWF 9.1, news broke out of a lawsuit against Activision Blizzard. Several shows within the Warcraft Radio network and across the entire Blizzard podcasting community went on hiatus or ended as a result of the news. Warcraft Radio members stood in solidarity with Blizzard employees as they went on strike and began efforts to unionize.
2021
2022

Warcraft Radio rebranded itself to Bonus Roll Productions in order to broaden their scope of gaming and content creation. The podcast directory expanded to include shows from more video games and welcome more content creators to the community.
2022 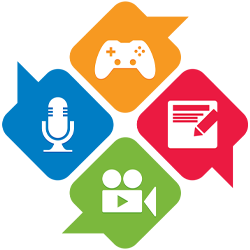